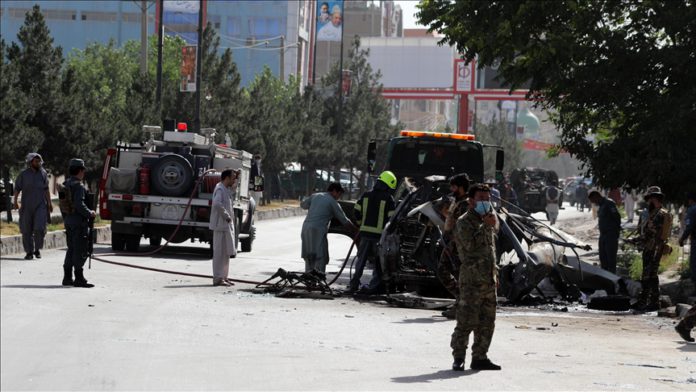 Back-to-back bomb blasts killed at least seven people and wounded more than 10 others in an ethnic Shiite-Hazara-majority neighborhood of the Afghan capital on Saturday, officials confirmed.

Ahmad Zia Zia, an Interior Ministry spokesman, told Anadolu Agency that the blast in Dasht-e-Barchi, Kabul targeted a private car and a minibus carrying civilian passengers. He confirmed that seven people, including two women, lost their lives in the blasts.

There was no immediate claim of responsibility for the attacks, but many of the previous attacks were claimed by the terrorist group ISIS/Daesh.

In a little over a month’s time, this is the sixth attack of the sort in this part of Kabul. The deadliest was a car bomb following by two IED blasts aimed at a girls’ school on May 8 that killed at least 60 people, mostly girls.

According to Afghanistan’s Independent Human Rights Commission, at least 560 people lost their lives in 14 attacks aimed at the ethnic Shiite-Hazara community members in the past five years alone. Citing its assessments, the commission last week stressed that Hazara citizens are at risk of facing genocide.