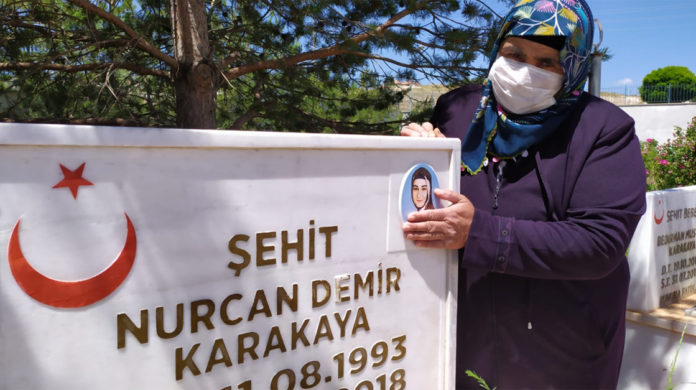 A senior PKK terrorist behind an attack that killed a mother and 11-month-old baby was neutralized in Hakkari, eastern Turkey, the Turkish Interior Ministry said on Tuesday.

Terrorist Adil Akyurek, codenamed Partizan, had a bounty of up to 500,000 Turkish liras ($73,000) on his head and was listed on the most wanted terrorist list, the ministry said in a written statement.

Akyurek is identified as one of the perpetrators of a 2018 PKK terrorist roadside bombing in Hakkari that claimed the lives of mother Nurcan Karakaya, who was married to a Turkish soldier, and their infant son, Bedirhan Mustafa Karakaya.

In 2019 two other terrorists behind the attack, Metin Dasdemir and Evin Sevim, were captured by security authorities during anti-terror operations in Turkey’s southeastern Diyarbakir province.

Suudiye Demir, the mother of Nurcan Karakaya, said her heart still aches since the loss of daughter and grandson but that the terrorist being neutralized did give her some relief.

“They got another one of those who killed my child, god bless our nation, state, and soldiers. They made me happy,” Demir told Anadolu Agency after hearing the news.

The weeping mother said she would rush to the cemetery, the final resting place of her daughter and grandson, and tell them the terrorist responsible had been killed.

Germany says Navalny verdict 'far from any rule of law'

Sharp rise in cyber-attacks amid COVID-19