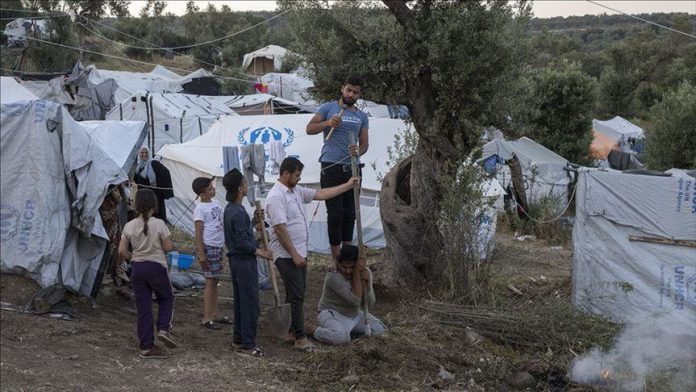 Doctors Without Borders (MSF) announced Saturday that a 9-month-old baby died in the Moria refugee camp in Greece.

“We have confirmed today by the local hospital in #Lesbos that a 9 month old baby has died some days ago from severe dehydration in #Moria camp #Greece,” MSF said on Twitter.

The medical charity group said children are dying in Greece due to horrific living conditions and a lack of adequate care.

Nearly 15,000 people are trapped in Moria, among them, 5,000 minors, it said, as it urged Greece and the EU to take immediate action.