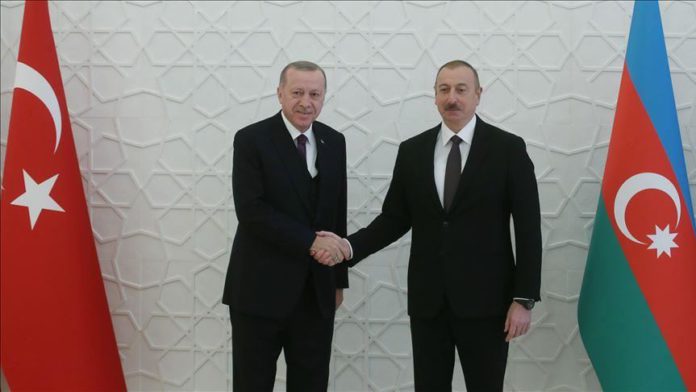 Azerbaijan’s president on Wednesday sent a letter marking the fourth anniversary of the defeated July 15, 2016 coup in Turkey.

“I respectfully remember our martyrs who lost their lives to foil the attempted coup. Azerbaijan condemned the treacherous coup attempt from the first minutes,” Ilham Aliyev said in his letter to Recep Tayyip Erdogan, Turkey’s president.

“The Azerbaijani people and government showed that they stand with their brother Turkey. Azerbaijan and Turkey always support each other in good days and bad under the principle of ‘one nation, two states’,” Aliyev said.

Aliyev also stressed that Turkey was the first country to condemn Armenia’s recent attacks on Azerbaijan.

“Our people appreciate your support for Azerbaijan. I am sure that our unity and solidarity will be reinforced from now on,” he added.

On Sunday, Armenian forces violated an ongoing cease-fire and targeted positions of Azerbaijan’s army in the northwestern Tovuz district, resulting in casualties.