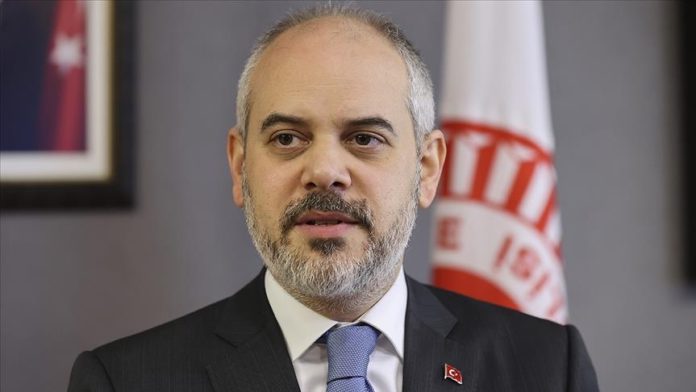 There is “no difference” between Turkey and Azerbaijan, said Akif Cagatay Kilic, while on an official visit to the capital Baku along with a delegation of Turkish lawmakers.

“We showed the whole world in the 44-day [Karabakh] war that those who want to fight with us must be prepared to fight two states together,” said Kilic, who had visited the tomb of the late President of Azerbaijan Heydar Aliyev, as well as the Baku Turkish Martyrs’ Cemetery.

Kilic also visited the Alley of Martyrs to paid tribute to those who lost their lives in a massacre of more than 130 people by the Soviet army in Baku and the surrounding areas on Jan. 20, 1990, on the eve of the country’s independence.

Azerbaijan liberated several strategic cities and nearly 300 of its settlements and villages from Armenian occupation during the recent six-week Karabakh war, also known as the Patriotic war, which erupted on Sept. 27 and ended on Nov. 10 with a Russian-brokered truce.

Before the conflict, about 20% of Azerbaijan’s territory was under illegal Armenian occupation for nearly three decades.

“As established by our president [Recep Tayyip Erdogan], Azerbaijan’s joy is our joy, its sadness is our sorrow, its struggle is our struggle,” Kilic added.

On Tuesday, Kilic and his accompanying delegation were received by President Ilham Aliyev and later by the Parliament Speaker Sahibe Gafarova.