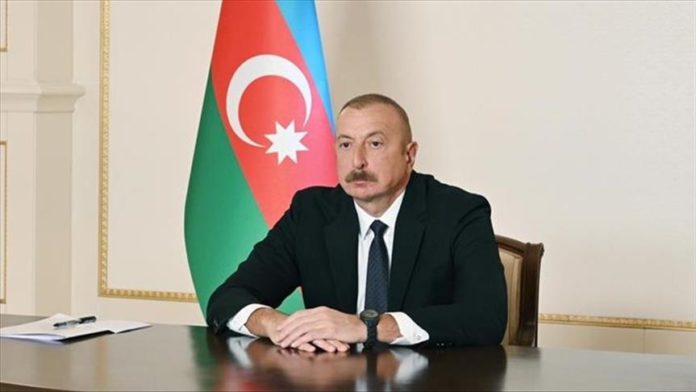 Azerbaijan’s President Ilham Aliyev on Saturday urged Armenia to accept the Nagorno-Karabakh problem that has already been resolved.

Aliyev said “a working group should be formed on the determination of the borderline” and “preparations should be made for a peace agreement.”

His remarks came during a speech to mark the 103rd anniversary of the Azerbaijan Armed Forces where he met with the army command and senior officers.

Aliyev said the country will continue to strengthen its army as he discussed the process leading to the Karabakh war and the liberation of lands that ended the 30-year occupation.

If Armenia does not give up its “hostile policies,” it will not be able to regain not only its military power but its economic activities, said the president.

He added that the path to Armenia’s development is to establish normal relations with its neighbors and give up its territorial claims.