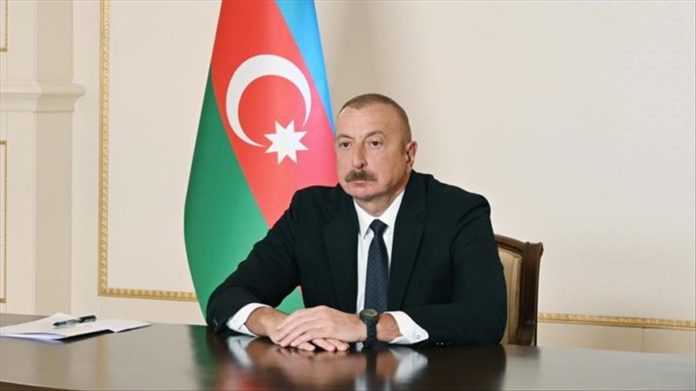 Azerbaijan’s president on Saturday received the credentials of Somalia’s new ambassador to Turkey, Jama Abdullahi Mohamed, as a non-resident ambassador to Azerbaijan.

“I presented my credentials to HE Ilham Aliyev @presidentaz as an Ankara based ambassador to Azerbaijan,” the Somali diplomat said on Twitter.

He added that Somalia and Azerbaijan have a historical and brotherly relationship on multilateral platforms such as the Organization of Islamic Cooperation (OIC) and the United Nations.

Mohamed also met with Azerbaijani Foreign Minister Jeyhun Bayramov who noted with satisfaction the existing friendly and cooperative relations between the two countries, an official statement by Azerbaijan said.

Bayramov also briefed Mohamed on the latest developments in the region, the situation in the Nagorno-Karabakh territories liberated from Armenia last fall, the threat of landmines, as well as the process of reconstruction and rehabilitation in these areas, according to the statement.

Turkey summons envoy over US move on Armenian claims

PKK/YPG in panic due to possible Sinjar operation