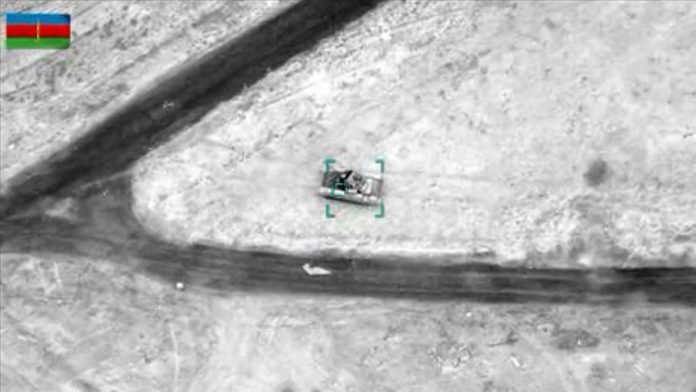 Azerbaijan’s army troops destroyed a large amount of military equipment belonging to the Armenian military amid the ongoing border clashes between the two countries.

“During the present day, the troops of the Azerbaijani Army, successfully advancing in the intended directions, took possession of new strongholds and carried out a cleanup of the territory from the enemy,” said the Azerbaijani Defense Ministry on early Saturday.

The Azerbaijani Defense Ministry also published a video of its military suppressing Armenia’s “combat activity in various directions of the front.”

In a statement by Azerbaijan’s presidential office, Macron called President Aliyev to express his concerns over the clashes and urged a cease-fire and re-launch of negotiations.

The Azerbaijani president during the phone call stressed that Armenia is responsible for disrupting negotiation process and for triggering clashes.

'Armenia to bring mercenaries from Greece to fight'