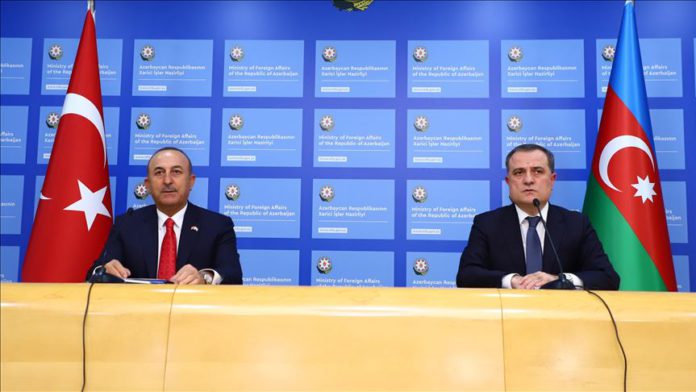 Azerbaijan and Turkey discussed the latest developments and exchanged views Wednesday about the situation on the ground regarding clashes in Nagorno-Karabakh, according to a statement by the Azerbaijan’s Foreign Ministry.

Fresh clashes erupted Sept. 27 and the Armenian army has since continued its attacks on civilians and Azerbaijani forces, even violating humanitarian cease-fire agreements.

Turkey supports Baku’s right to self-defense and has demanded a withdrawal of occupying forces.