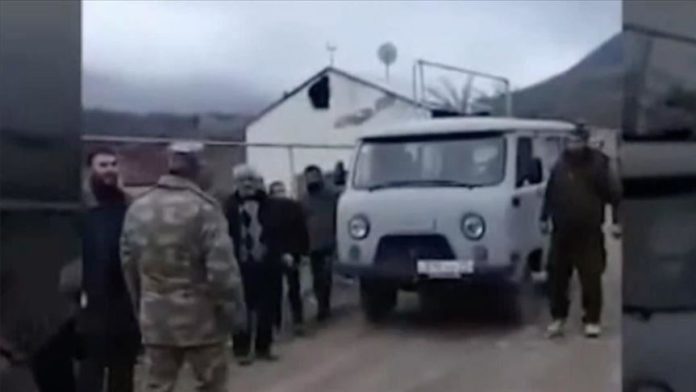 Armenians unable to leave their homes in the village of Abdal Gulabli in Aghdam province, asked for help from Azerbaijani soldiers.

One Azerbaijani commander told Armenian civilians he encountered: “You can stay here as an Azerbaijani citizen if you want. If you want, you can go. No one will treat you badly. We’ve helped you before. We respectfully saw you off.”

Armenians confirmed what the commander said and thanked him.

The footage shows soldiers helping Armenians carry their belongings to a pickup truck.

According to an agreement that ended conflicts in Nagorno-Karabakh, Armenians and soldiers located on Azerbaijani territory will continue to leave the region.

But Armenians who had to leave the occupied territories burned houses, public buildings and forests before leaving the area.

Despite the destruction, Azerbaijani soldiers have helped Armenians who could not leave Azerbaijani territory.