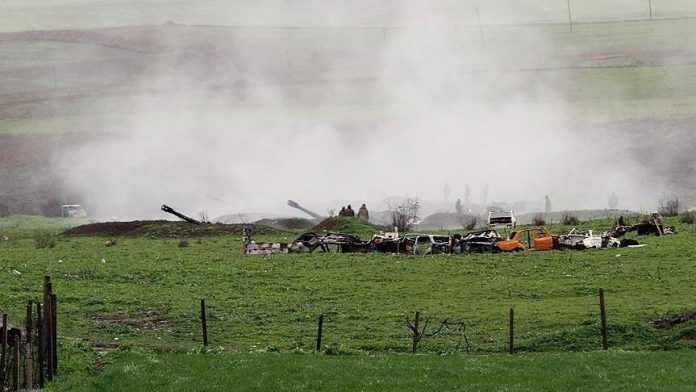 An Azerbaijani soldier was martyred in a mortar attack by Armenian forces that targeted a border village of Qazakh province, local authorities said on Monday.

The soldier, identified as Ibrahim Veliyev, was martyred in the attack that violated the cease-fire between the two countries, said Azerbaijan’s State Border Service.

One Armenian officer and a soldier were also killed after Azerbaijani forces retaliated to the attack, it said.

Azerbaijan and Armenia remain in dispute over the occupied Upper Karabakh region. The region is the internationally recognized territory of Azerbaijan illegally occupied by Armenia through military aggression since 1991.