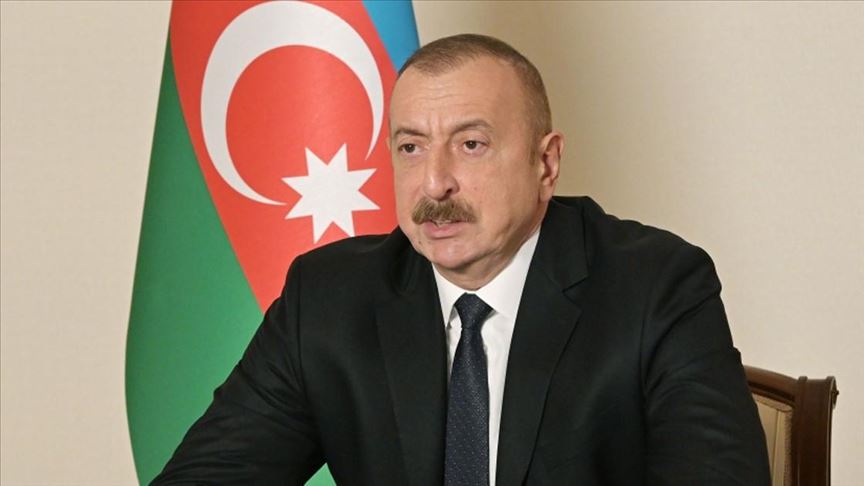 Azerbaijani President Ilham Aliyev on Monday visited Aghdam province that was recently liberated after 27 years from the Armenian forces’ occupation.

In videos shared by Aliyev’s wife, Mihriban Aliyeva, on Instagram, President Aliyev can be seen making the visit with his own vehicle.

The president said in the footage that they were going en route to Aghdam.

He also told that the Azerbaijani army liberated Aghdam from the Armenian occupation without firing a single bullet.

Emphasizing that they had defeated the enemy on the battlefield and forced them to withdraw from Aghdam, Aliyev said that Armenian forces had established several defense lines here.

Ilham Aliyev showed the ruined villages and said the whole world should see it.

Aliyev, noting that there is not a single solid structure around, emphasized that the Armenian government will be held accountable for the war crimes it has committed.

New clashes erupted on Sept. 27 and the Armenian army continued attacks on civilians and Azerbaijani forces, even violating humanitarian cease-fire agreements for 44 days.

The truce is seen as a victory for Azerbaijan, and a defeat for Armenia.