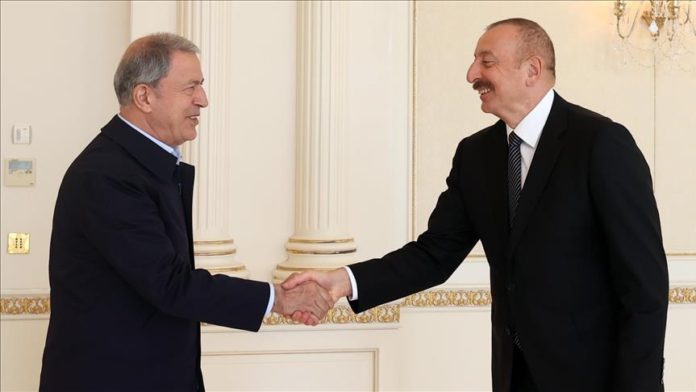 Aliyev, for his part, said: “It is a great pleasure to be together with you on Independence Day.”

Erdogan is due in Azerbaijan on Saturday at Aliyev’s invitation for the occasion of nation’s Republic Day.

Close ties between Turkiye and neighboring Azerbaijan have been summed up in the phrase, “One nation, two states.”