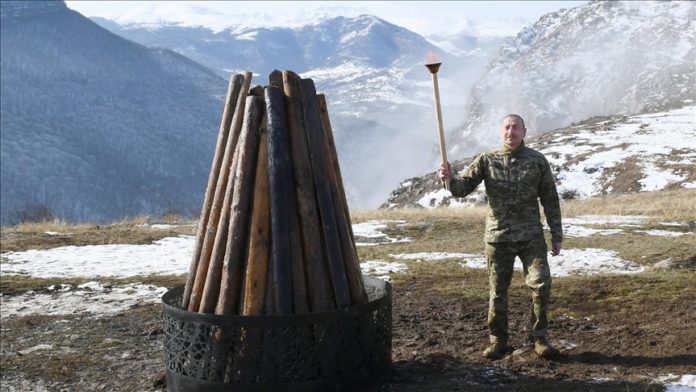 Azerbaijan’s president on Saturday lit the Nowruz fire in Shusha, the symbol city of Karabakh liberated last year from the Armenian occupation.

Ilham Aliyev addressed the nation during his visit with his wife Mihriban Aliyeva and daughter Leyla Aliyeva in the Jidir Plain south of Shusha.

“Today we’re celebrating Nowruz in our ancient city Shusha, the cultural capital of Azerbaijan. This is a historic event, this is great happiness,” he added.

Commemorating Azerbaijan’s martyrs in Nagorno-Karabakh last year, he emphasized that they had spilled their blood to liberate the region.

Aliyev underlined that Shusha was “held captive” by Armenia for 28 years, accusing Yerevan of ruining and destroying the city.

“The historical appearance of Shusha was destroyed,” he said and noted that restoration work had already begun.

“Today, while celebrating Nowruz in Jidir Duzu [plain], I proudly say, Shusha, you are free! Shusha is Azerbaijan! ‘Karabakh is Azerbaijan!'” he added.

During the 44-day conflict, which ended in a truce on Nov. 10, 2020, Azerbaijan liberated several cities and nearly 300 settlements and villages in Karabakh from a nearly three-decade occupation.

Prior to this victory, about 20% of Azerbaijan’s territory had been under illegal occupation.

Nowruz falls on March 21 and has been celebrated for more than 18 centuries across Anatolia and Asia. 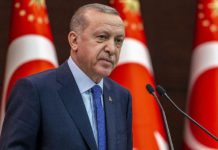 October 18, 2020
We use cookies to ensure that we give you the best experience on our website. If you continue to use this site we will assume that you are happy with it.Ok