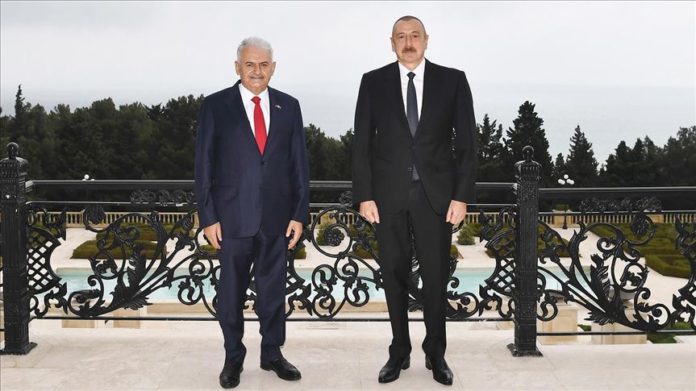 The president of Azerbaijan on Monday received a former prime minister of Turkey.

According to the statement by the Azerbaijani presidency, Ilham Aliyev met Binali Yildirim and the accompanying Turkish parliamentary delegation in the capital Baku.

Agreeing with Aliyev, Yildirim said Ankara has always supported Azerbaijan under their principle of “one nation, two states.”

“We know Azerbaijan’s position regarding the Upper-Karabakh dispute is rightful. It now sweeps occupiers from its territories,” he added.

Aliyev also received a delegation from the Turkic Chambers of Commerce and Industry (TCCI), which included senior officials and ministers from Azerbaijan, Turkey, Kyrgyzstan, and Uzbekistan.

Speaking at the reception, Aliyev underlined the importance of solidarity in the TCCI and thanked the delegation.