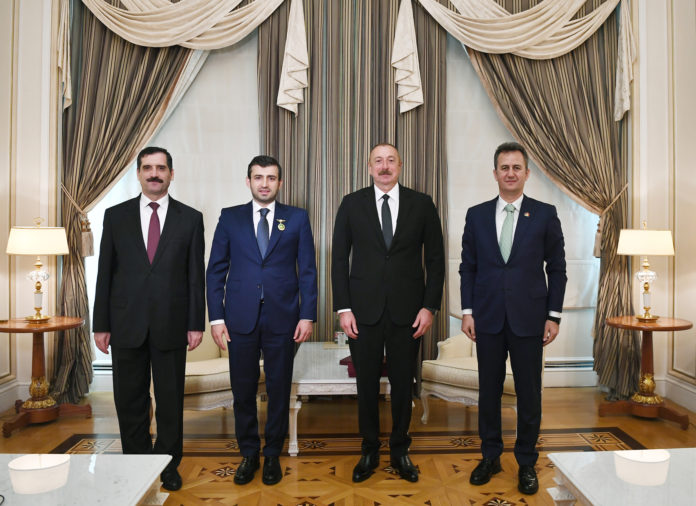 Bayraktar congratulated Aliyev on the country’s victory in the second Karabakh war, also known as Patriotic war, and commemorated the martyrs.

During the 44-day conflict, which ended in a truce on Nov. 10, 2020, Azerbaijan liberated several cities and nearly 300 settlements and villages in Karabakh from a nearly three-decade Armenian occupation. 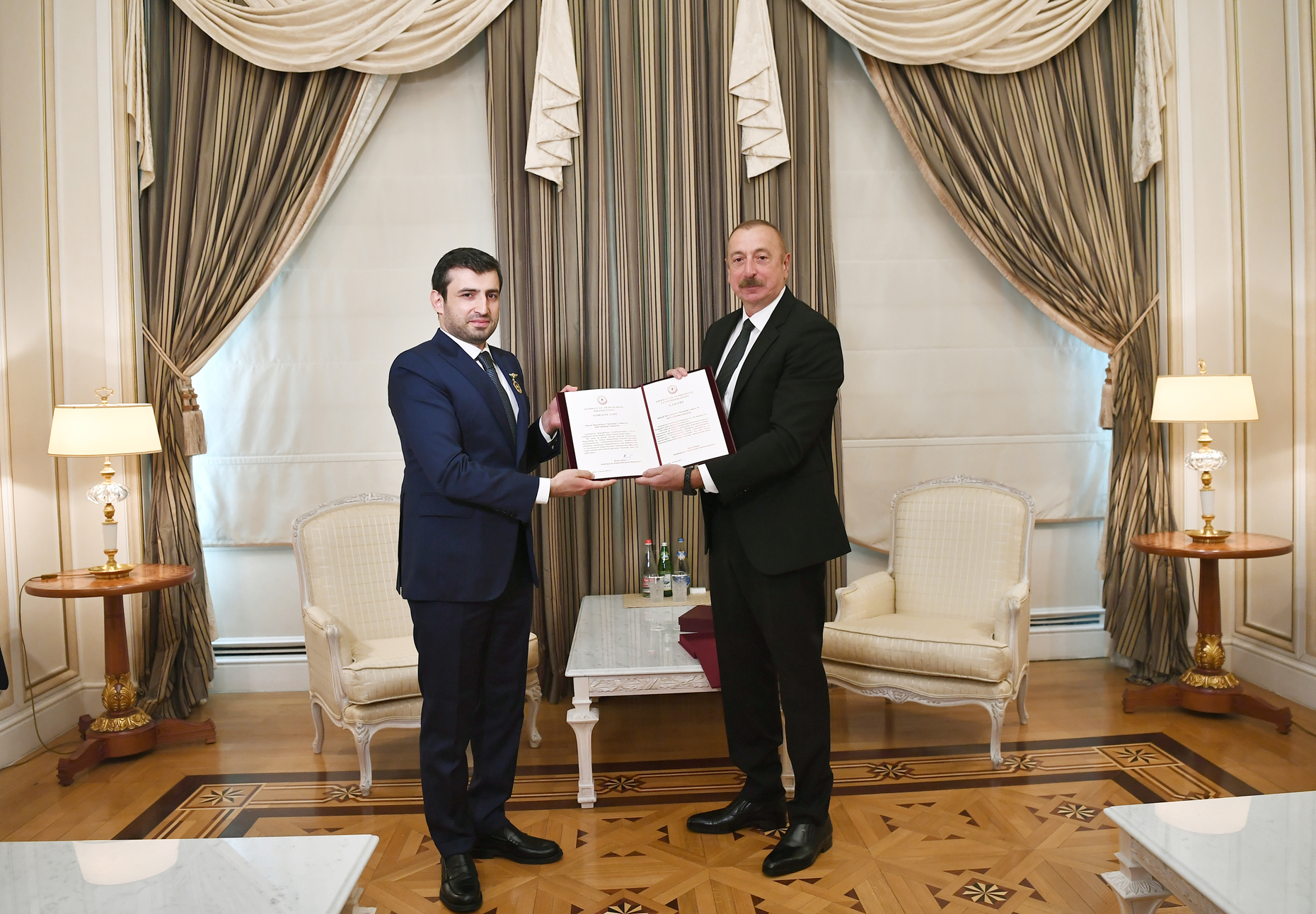 During the meeting, Aliyev praised the support by Turkish President Recep Tayyip Erdogan and the Turkish nation during the war. 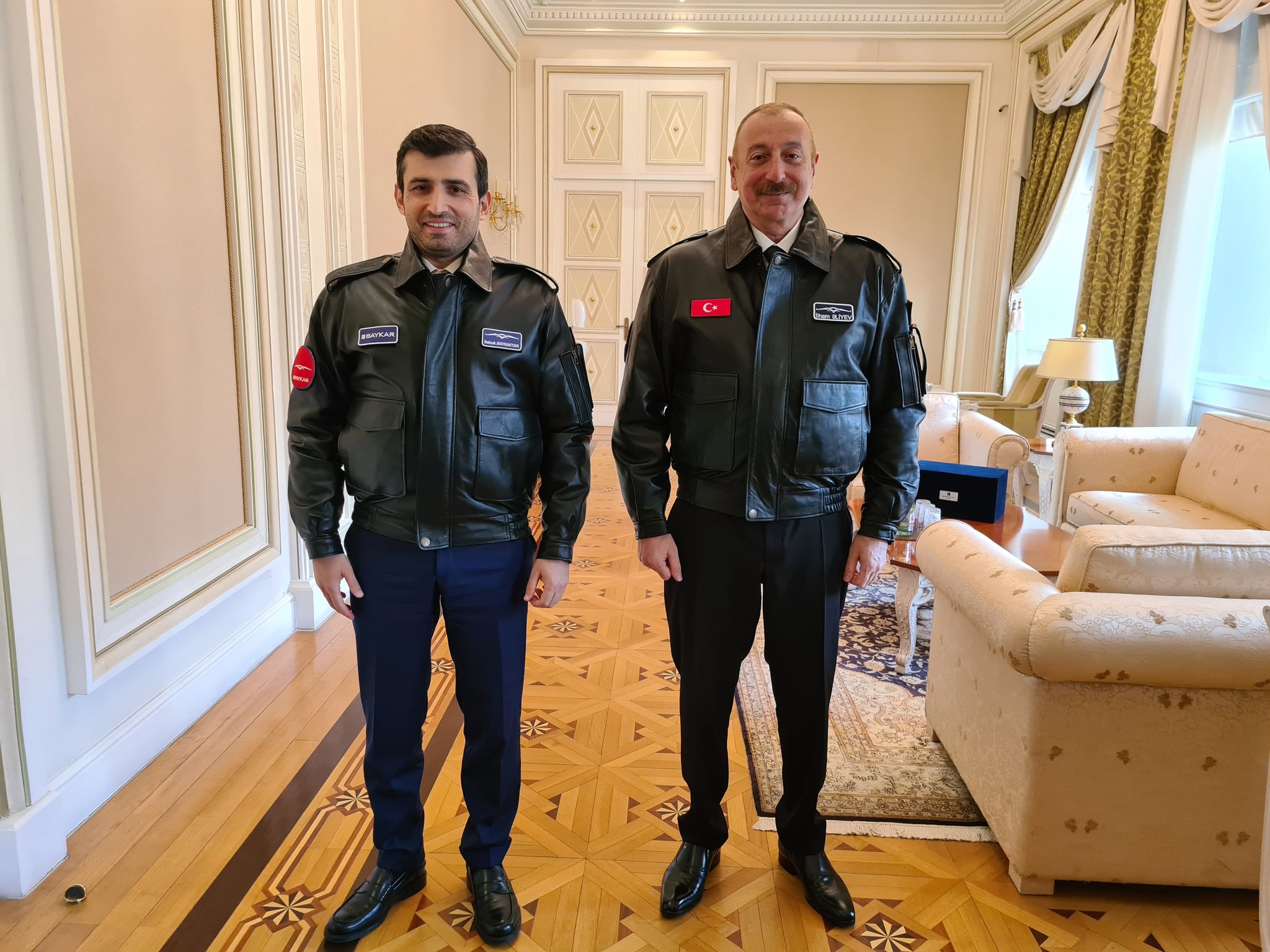 He recalled that Erdogan congratulated Azerbaijan on their victory at the Summit of the Cooperation Council of the Turkic-Speaking States held on Wednesday.

Highlighting the achievements of Turkish defense industry, Aliyev underlined the role of Turkish drones in equipping the Azerbaijani side destroying Armenian army’s equipment during the war.

Aliyev also presented the Karabakh Order to Bayraktar “for contributions to strengthening brotherly relations, developing cooperation between Azerbaijan and Turkey, and to the just cause of ensuring the territorial integrity and sovereignty of the Republic of Azerbaijan.”

Bayraktar, on his part, thanked the Azerbaijani leader, adding that: “It is really a great honor and pride for me.”

The TB2 drones, which entered the Turkish army’s inventory in 2014, are currently used by Turkey, Ukraine, Qatar, and Azerbaijan.

Turkey ready to do 'whatever is necessary' in E.Med

Afghans angered by alleged drowning of migrants by Iran