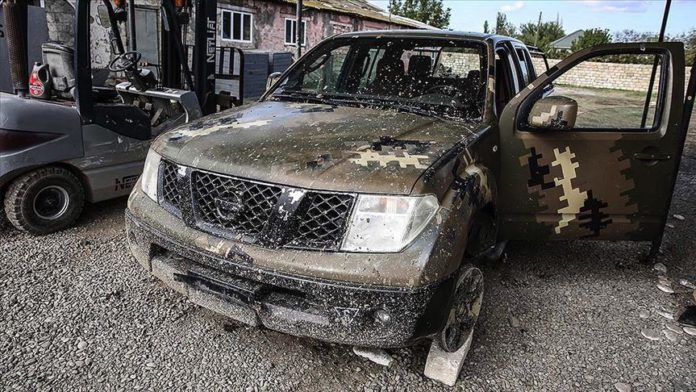 Armenia’s army continued to suffer losses amid its attacks on Azerbaijani soldiers and settlement areas in various points of the front despite a cease-fire, Baku’s Defense Ministry said Tuesday.

“During the day on Nov. 2 and night on Nov. 3, the Armenian armed forces fired at the positions of the units of the Azerbaijani Army in different directions of the front and our human settlements using various small arms, howitzers and mortars,” the ministry said in a statement.

“The combat operations continued mainly in the direction of Aghdere, Khojavend, Zangilan and Gubadli,” the statement added.

Armenian forces were “forced to retreat with casualties in personnel and military vehicles in some areas of the front,” the statement read.

“During the day and nighttime, a large number of enemy troops, 4 – BM-21 “Grad” MLRS, 1 – KUB air defense missile system, 9 – different types of howitzers and 2 – trucks loaded with ammunition were destroyed and wrecked,” it added.

“At present, our troops are monitoring the operational situation,” the ministry said.

India: Lockdown extended for 2 more weeks after May 4