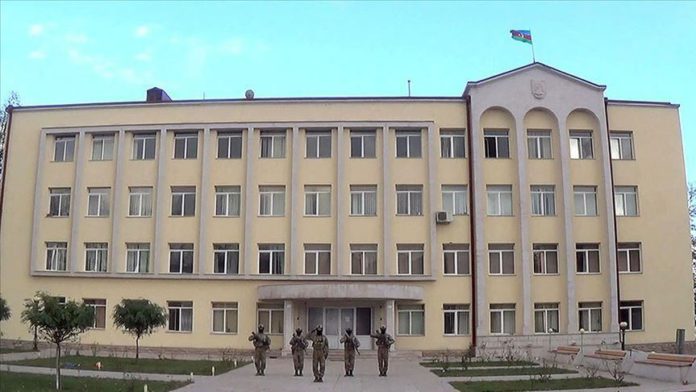 On the National Flag Day of Azerbaijan on Monday, the country’s tricolor flag has been seen waving in the city of Shusha recently liberated from Armenia’s occupation.

The Azerbaijani Defense Ministry shared footage showing surroundings of the city, houses, empty streets, famous Shusha mosque, and Azerbaijani flag fluttering on the building, in front of which Azerbaijani troops has declared liberation of the city from nearly three-decade-long occupation.

On Sunday, President Ilham Aliyev announced that Shusha was liberated from Armenia’s occupation.

“After 28 years, the adhan [call to prayer] will be heard in Shusha,” Aliyev, wearing a military uniform, said in his address to the nation.

Relations between the two former Soviet republics over Upper Karabakh remain tense since 1991 but fresh clashes broke out late September.

Since the operations began on Sept. 27, the Azerbaijani army liberated four city centers, three settlements and over 240 villages, as well as some strategic heights from the occupation of Armenian forces.

About 20% of Azerbaijan’s territory – including Nagorno-Karabakh and seven adjacent regions – has been under Armenia’s occupation for nearly three decades.