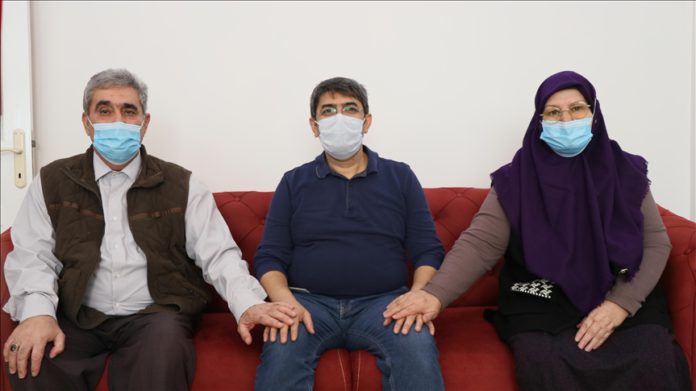 Fahreddin Musayef and his wife Sona contracted the virus early in November while they were on holiday to see their son in Turkey.

Their son, Ismail, was diagnosed with the virus first and he moved to one of his friends’ houses for fear of infecting his family; however, his parents soon began to show symptoms such as high fever, joint pain and shortness of breath.

The Azerbaijani couple was then taken to a hospital and they received treatment. They soon recovered and tested negative for the virus.

Fahreddin, 67, said he suffered from severe shortness of breath, while his wife, Sona, suffered mild symptoms.

“Breathing comfortably is something beautiful,” said Fahreddin, who spoke highly of Turkey’s fight against the virus and applauded the country’s efforts to assist foreign countries by sending health aid items.

Sona, for her part, said there was a point when she thought she was dying as she was not able to consume food or walk due to the severity of the disease.

“I recovered thanks to the treatment of Turkish doctors. My husband has recovered as well,” said the 64-year-old woman.

Turkey has so far reported 22,264 deaths from the coronavirus outbreak whereas the tally of recoveries is around 2.17 million. The country’s total COVID-19 cases stand near 2.3 million.