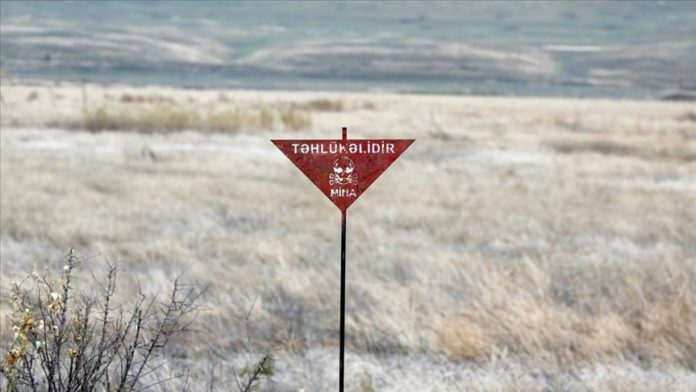 An Azerbaijani civilian has succumbed to wounds he sustained from an explosion caused by an Armenian landmine, according to a local authority on Friday.

The Chief Public Prosecutor’s Office said in a statement that Zabil Babayev stepped on a mine in Fuzuli province which was liberated from Armenian occupation.

An investigation has been launched into the incident and the public has been warned against entering liberated areas until the region is cleared of mines.

Mines planted by Armenian forces have claimed the lives of numerous Azerbaijani civilians and soldiers.