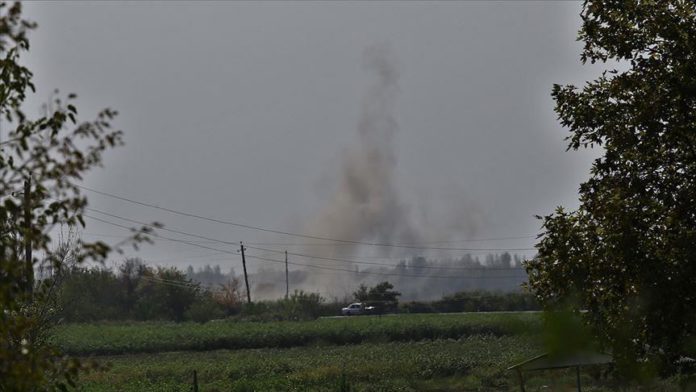 Azerbaijani army cleared several “advantageous high grounds” around the Talysh village of the occupying Armenian forces, the country’s Defense Ministry said in a statement on Monday.

“Units of the Azerbaijan Army, moving from the high grounds and advantageous positions liberated from the Armenian armed forces, continue the counter-attack to consolidate the achieved success,” the ministry said.

The written statement also said that a large number of Armenian forces have been killed, adding “the enemy” suffered heavy losses.

“By inflicting rocket-artillery and air strikes on enemy positions, he was forced to retreat from the frontiers he was trying to hold,” it added.

The OSCE Minsk Group – co-chaired by France, Russia and the US – was formed in 1992 to find a peaceful solution to the conflict, but to no avail. A cease-fire, however, was declared in 1994.