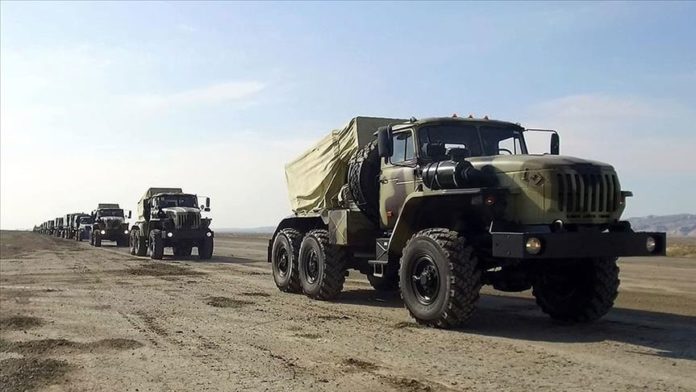 The military drills are being conducted in an mountainous area and have involved 10,000 troops, according to an official statement.

A total of 100 tanks, up to 200 missiles as well as 30 planes and drones are being used in the exercises, which aim to train troops to fight terrorist groups and conduct anti-terror operations. It will run through March 18.

Late last year, Azerbaijan liberated several strategic cities and nearly 300 of its settlements and villages from Armenia’s occupation during the six-week Karabakh war.

Prior to this victory, about 20% of Azerbaijan’s territory was under illegal Armenian occupation for nearly three decades.

'Zero cooperation' from UK prince in Epstein probe: US