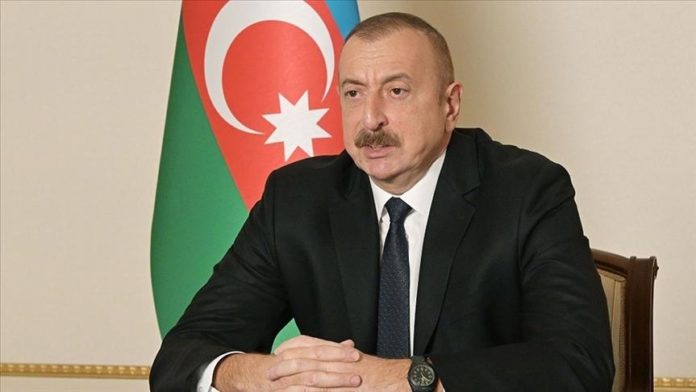 The Azerbaijani president said on Friday that he hopes Armenia will abide by Nov. 10 cease-fire deal to prevent further escalation.

“I hope that Armenia will abide by the Nov. 10 cease-fire deal. Otherwise, Armenia will be in a worse situation. There is no other choice. They must accept the new realities,” Ilham Aliyev said.

Attending a virtual news conference, Ilham Aliyev described the ongoing events in Armenia as the “internal affairs” of the country.

“Today, Armenia is in such a difficult situation that this process shakes the foundation of the state. Responsible for this is the previous and current administration of Armenia. The Kocharyan-Sargsyan junta turned the country into this,” he said.

Armenia’s current political crisis is a result of its occupying policies, Aliyev stressed.

“Our policy was to economically shake and isolate Armenia. I was telling them to put an end to the occupation of our lands. If they had listened to us timely, they would not have been in such a terrible situation now,” Aliyev said.

Despite the Nov. 10 deal ending the conflict, the Armenian army several times violated the agreement and martyred several Azerbaijani soldiers and a civilian, as well as wounded few people, according to the Azerbaijani Defense Ministry.