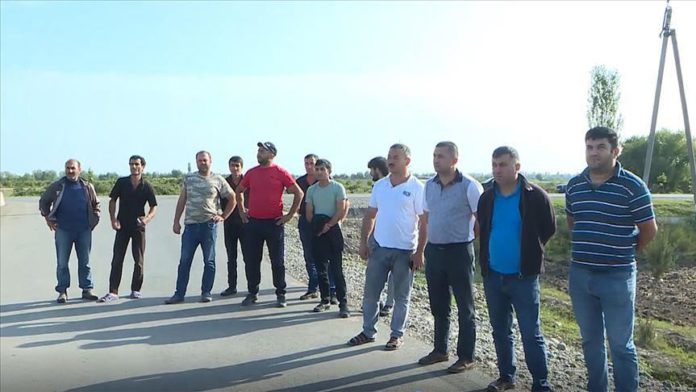 The residents of a village in an area of western Azerbaijan under attack by Armenia has asked for international help to end their suffering.

Israil Haciyev, who lives in the village of Kapanli in the city of Tartar, said they are frequently fired upon by Armenia with heavy weapons.

“Women, the elderly, children, all are leaving their homes,” he told Anadolu Agency.

“Let the whole world hear us … such torment cannot be tolerated,” said Ibrahim Zamin, another local. “What is the world doing?”