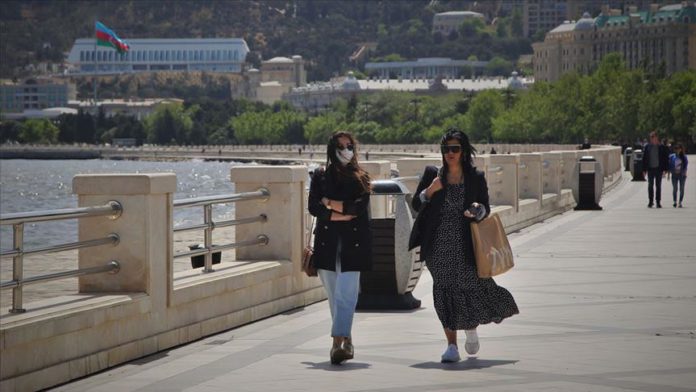 Azerbaijan will tighten coronavirus-related restrictions in some cities over the weekend to stem the spread of the novel virus.

The new measures will apply to the capital Baku, Sumgait, Ganja, Lankaran cities and Absheron region.

The lockdown is scheduled to start on Friday midnight and last until 6 a.m. local time (0200GMT) on Monday.

The prime minister went on to say that a vast majority of people comply with the lockdown rules, but some violated them.

“As a result, the number of infected people has risen sharply in recent days.”

As of March 24, the country banned mass gatherings and intercity travel and closed borders.

Starting from April 27, the measures were gradually eased.

However, with the loosening of restrictions, infections which remained below 100 in April, exceeded 200 at the end of May, and topped 300 during the first days of June.

As of Wednesday, Azerbaijan reported 76 fatalities, while the infection tally was 6,260.

Globally, over 6.54 million cases have been reported since the virus emerged in China last December.

The US, Brazil, and Russia, along with several European states are currently the hardest-hit countries in the world.

The pandemic has claimed over 386,500 lives worldwide, while recoveries exceeded 2.83 million, according to figures compiled by the US’ Johns Hopkins University.