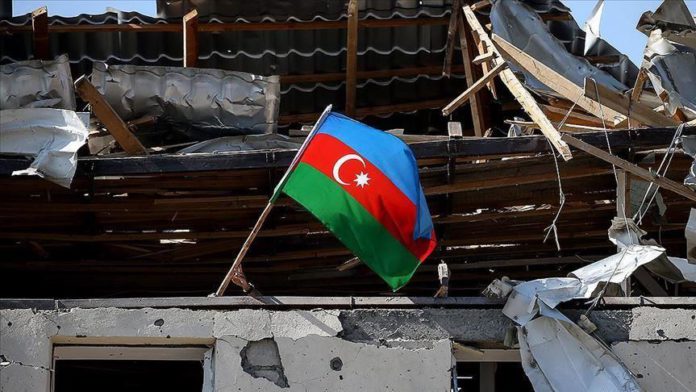 A temporary special administration organization will be established for each region and the Interior Ministry will appoint directors, according to the decision.

Organizations will carry out activities in coordination with the Defense Ministry and State Border Service. They will be responsible for the security of transportation and telecommunications infrastructure facilities, energy and water supply systems, water tanks, and key facilities, including private facilities that pose a high danger to the environment.

They will also be in charge of collection, inventory and protection of detected military equipment, weapons, ammunition, poisonous and explosive materials, and the protection of public order and security.

Together with relevant institutions, the organizations will conduct activities such as demining land, preventing acts such as terrorism, espionage and sabotage, taking an inventory of land and real estate, cultural assets, mines and natural resources.

Aliyev announced that more than 130 villages, four cities, and several settlements, as well as strategic locations, have been liberated from Armenia’s occupation.