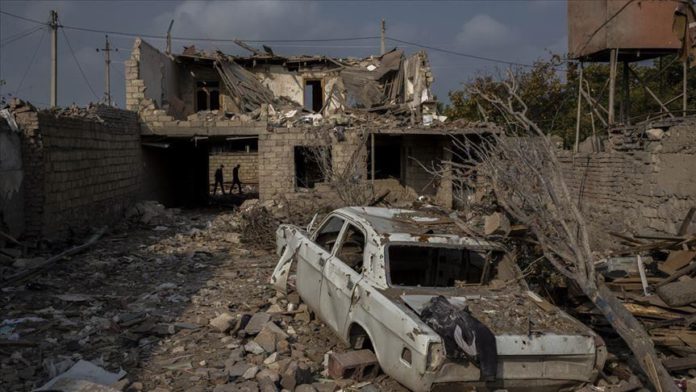 An assistant to the Azerbaijani president on Friday said material loss Armenia caused in the occupied lands over decades would be calculated with the participation of local and international organizations.

Hikmet Hajiyev said at a news conference that Armenia fired 30,000 artillery shots against civilian targets along with 227 missiles since Sept. 27, adding that targeting civilians was part of Armenia’s military doctrine.

He went on to say that the material loss caused since the start of the conflict would be calculated separately from the decades-long destruction in the occupied lands.

He further added that the World Bank, the UN, and international organizations would be included in the calculation of material loss.

Relations between the ex-Soviet republics have been tense since 1991, but new clashes erupted on Sept. 27.

On Nov. 10, the two countries signed the agreement for a long-term and comprehensive solution to the three-decade-long conflict.

The deal declared a complete cease-fire and an end to more than six weeks of fighting. Baku liberated nearly 300 of its settlements, including the strategic city of Shusha, during this period.

Hate tweets by Indians set twitter on fire in Gulf