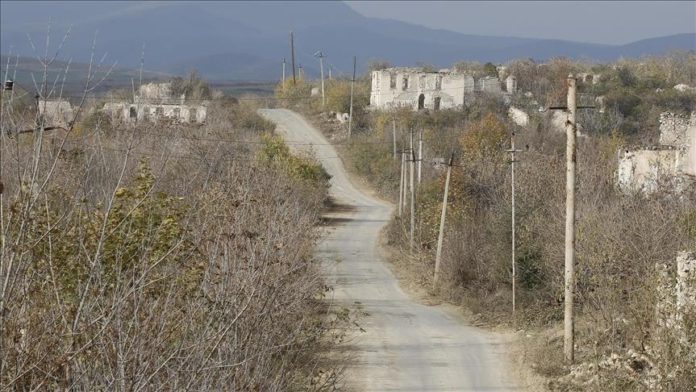 Azerbaijan is planning comprehensive reconstruction projects which will include the building of smart cities in the territories liberated from decades-long Armenian occupation, sources said on Tuesday.

Many cities that were liberated by the Azerbaijani army last year resemble ghost towns. Agdam, Fuzuli, Jabrayil, and Zangilan suffered both during the Armenian occupation and the recent intense 44-day fighting.

Before withdrawing from these regions, Armenian forces looted houses and offices.

Similar conditions can be observed in Lachin and Kalbajar regions as well. In Shusha, the symbolic city of Upper Karabakh, cultural and religious buildings that marked the Azerbaijani identity of the city were destroyed.

Azerbaijan’s priority is de-mining to render the liberated territories safe.

Simultaneously, it is working on reconstruction projects. President Ilhan Aliyev envisages the building of modern cities which will reflect the historical and authentic heritage of the region. These cities will be built following the smart city concept. They will be transformed into green energy zones by utilization of rich water, solar, and wind sources in Upper Karabakh.

In this context, work has already begun on the construction of a highway from Fuzuli to Shusha and an international airport in Fuzuli.

With the opening of new transportation lines, re-building of liberated cities, and restoration of historical monuments, Azerbaijan intends to transform the region into an economic and tourism hub.

Foreign diplomats in Azerbaijan accompanied by presidential aide Hikmet Hajiyev monitored the destruction caused by Armenian occupation in the liberated territories in a recent visit.

Speaking to Anadolu Agency, Hajiyev said that the country’s plans for the reconstruction of the region will take into consideration modern principles.

Underlining the magnitude of the destruction Azerbaijani cities underwent under the Armenian occupation, Erkan Ozoral, Turkey’s ambassador to Azerbaijan, stated that Turkish special teams are already in the field to help Azerbaijan in de-mining efforts.

“We will always be ready to help and support Azerbaijan,” he added.

Relations between the former Soviet republics had been tense since 1991, when the Armenian military occupied Nagorno-Karabakh, internationally recognized as Azerbaijani territory, and seven adjacent regions.

Germany to bolster its forces in Lithuania