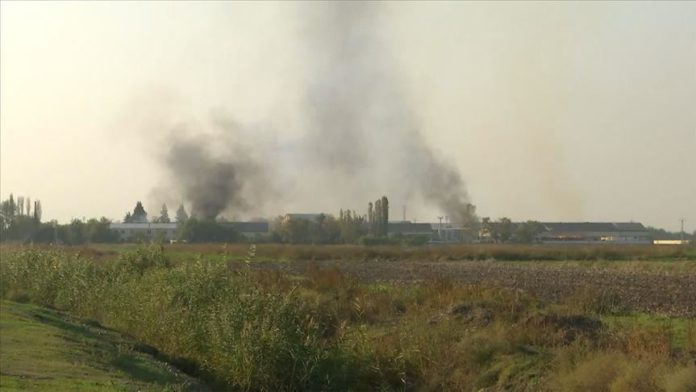 A teenage boy was killed in an Armenian missile attack on a village in Azerbaijan’s Barda region, officials said on Saturday.

Shahmali Rehimov, 16, died of injuries after an Armenian missile hit his house in the village of Yeni Ayrica, according to Azerbaijan’s chief prosecutor’s office.

The house was also severely damaged in the attack, the authority said in a statement.

Another civilian was wounded in a separate attack by the Armenian army in Azerbaijan’s Tartar province.

Hikmet Hajiyev, assistant to Azerbaijan’s president, said on Twitter that the “death toll of civilians killed by Armenia continues to grow” as there has been no letup in “Armenia’s war crimes.”

Since fresh clashes broke out on Sept. 27, Armenia has repeatedly attacked Azerbaijani civilians and forces, even violating three humanitarian cease-fire agreements since Oct. 10.

To date, at least 92 civilians, including 11 children and infants, have been killed and some 404 people, with at least 36 children among them, have been injured in Armenian attacks, according to Azerbaijani authorities.

Some 3,064 houses and 100 residential buildings have been destroyed, while 504 civilian facilities have been damaged.

While world powers have called for a sustainable cease-fire, Turkey has supported Baku’s right to self-defense and demanded the withdrawal of Armenian forces.