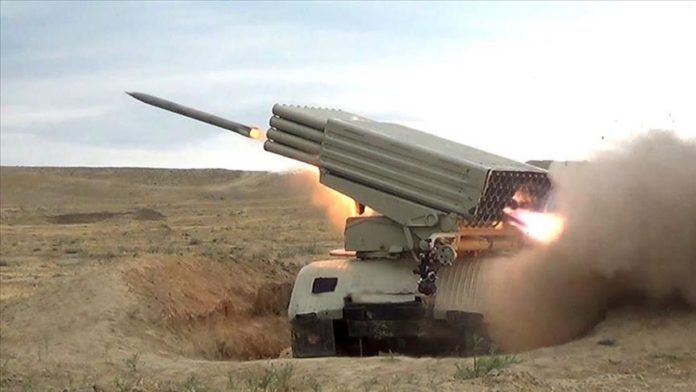 Azerbaijan shot down an Armenian warplane on Saturday, the country’s Defense Ministry said.

A statement said the Armenian combat aircraft was flying over Azerbaijani positions in the Gubadli direction of the front.

The ministry did not mention the type or model of the plane and said it was shot down on Saturday afternoon.

A separate statement said an Armenian drone was destroyed in the Aghdere region.

The unmanned aerial vehicle (UAV) attempted to carry out a flight in the direction of the Aghdere region and was shot down at about 15:25 [1125GMT], the ministry said.

November 26, 2020
PARIS French police officers, who were filmed using violence against migrants and journalists at a protest on Tuesday, have been suspended, said the country's interior...

November 26, 2020
ANKARA Turkey's president on Thursday warned of the dangers of "digital fascism," speaking at an annual international summit on women and justice hosted by a...

November 26, 2020
ANKARA  As many as 15 coronavirus cases have been confirmed in Turkey's Greco-Roman wrestling team, the Turkish Wrestling Federation announced on Thursday. Among those who tested...

November 26, 2020
DOUALA, Cameroon Mali’s presidency is on high alert over a potential COVID-19 outbreak among staff members, it said on Thursday. A meeting of the Superior Council...