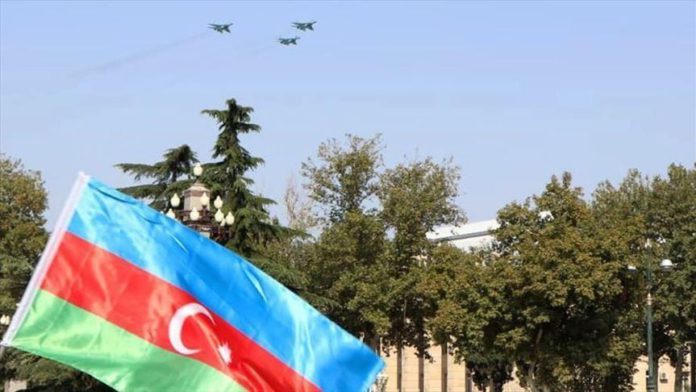 Azerbaijan sent a notice to other countries’ constitutional courts on Wednesday to brief them on its military operations to liberate parts of its territory under Armenian occupation for decades.

Aiming to establish its territorial integrity within internationally recognized boundaries and to provide safety, peace and stability for its people, Baku was forced to undertake military action as Yerevan has refused to attend constructive negotiations under the OSCE Minsk Group.

The notice reiterated that the occupied region of Nagorno-Karabakh, also known as Upper Karabakh, and the surrounding provinces were recognized as Azerbaijani land by the UN, European Council, OSCE, the EU and other international organizations.

It also accused Yerevan of ignoring four resolutions by the UN Security Council for the Armenian army to withdraw from Azerbaijani territory.

Nearly one million people had to leave their homes following the Armenian occupation of seven districts surrounding Nagorno-Karabakh, the notice said.

It further asserted that Armenia had recently stepped up its military provocations against Azerbaijan, causing military and civilian casualties due to heavy artillery shelling.

The notice highlighted that Azerbaijan’s military operations did not target civilians or civilian infrastructure and were conducted according to the maxims of international humanitarian law and responsibilities specified in the Geneva Conventions.

The fighting between Baku and Yerevan began on Sept. 27, when Armenian forces targeted civilians in Azerbaijani settlements and military positions in the region, leading to casualties.

A cease-fire had been reached in 1994 under the auspices of the OSCE Minsk Group.