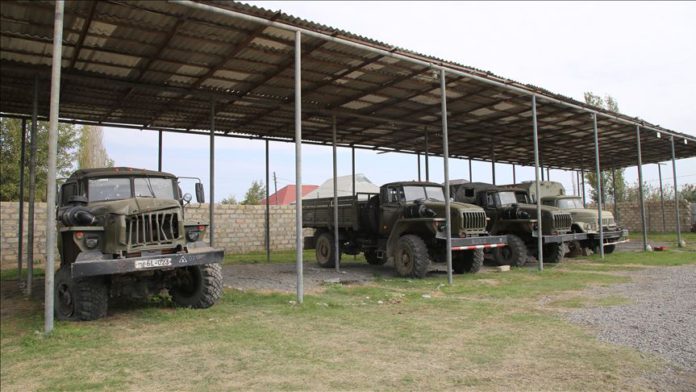 The Azerbaijani Armed Forces on Friday seized a large amount of weapons, ammunition and vehicles belonging to the Armenian military in an operation to liberate its territory under occupation.

Armenian soldiers fled their positions in the face of the Azerbaijani advance, leaving behind their weapons and military vehicles.

Anadolu Agency journalists on the ground at the border region viewed some of the seized vehicles, ammunition and weapons.

Among the seized military vehicles were Russian-made 2019-model Ural trucks.

While most of the trucks were still usable, some bore marks from the clashes.

Most of the weapons and ammunition, including machine guns, grenades, rocket launchers and bullets of various firearms, were also Russian-made.

The Azerbaijani forces also seized some documents belonging to the Armenian army.

Azerbaijan’s parliament declared a state of war in some of its cities and regions following Armenia’s border violations and attacks in occupied Upper Karabakh, also known as Nagorno-Karabakh.