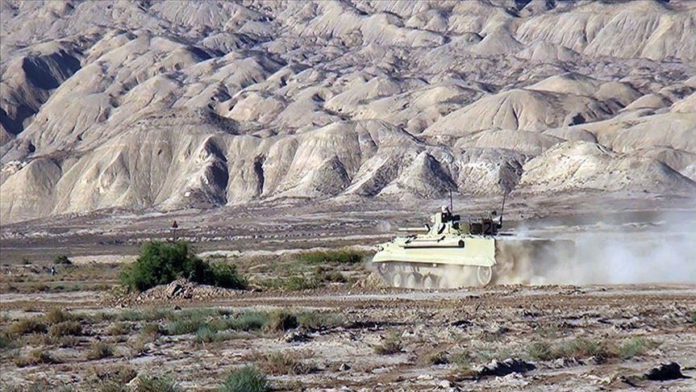 Armenian forces continued to stage night attacks in a bid to re-capture the lost positions, Azerbaijan’s Defense Ministry said in a statement on Tuesday.

Apart from regular troops from different Armenian army regiments, volunteers from Armenian participated in the night attacks conducted by small groups, but they suffered heavy human and material losses, the statement added.

The Azerbaijani army acts in compliance with the cease-fire and does not actively conduct any war activities, it underlined.

Following meetings in Moscow on Oct. 10, Azerbaijan and Armenia agreed on a humanitarian cease-fire so that conflicting sides could retrieve bodies left on the battlefield in Nagorno-Karabakh and hold prisoners’ exchange.

Relations between the two former Soviet republics have been tense since 1991 when the Armenian military occupied Nagorno-Karabakh.

Like vaccine-making duo, 'Syrians in Turkey to be role models'