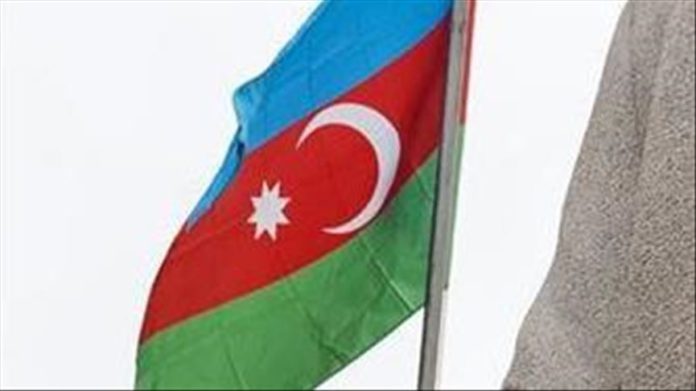 Abulfaz Elchibey, the second president of Azerbaijan who was democratically elected after the collapse of the Soviet Union, was remembered on his 82nd birthday on Wednesday.

Ridding Azerbaijan of all Russian troops after the collapse of the USSR and Russian bases in the country, issuing Azerbaijan’s national currency — manat — to replace the Russian ruble, standardizing university entrance exams, and restoring the Latin alphabet to replace Cyrillic, were among country’s main achievements during Elchibey’s stint.

While his real name was Abulfaz Qadirqulu oglu Aliyev, he later changed his name when he started anti-communist political activities, and was well-known for his ideas on country’s independence and the unity of the Turkic world.

Born on June 24, 1938 in Keleki village of Ordubad province in Azerbaijan’s Nakhchivan Autonomous Republic, Elchibey graduated in 1957 from the Department of Arab Philology at Azerbaijan State University.

A year later, he returned to his country and continued his academic career at the university he graduated from, and got his PhD degree four years later.

While working as a university professor between 1968 and 1975 at the Department of History of Asian and African countries in the same university, Elchibey promoted the idea of Turkism and self-governed Azerbaijan among his students, long before most people could ever dreamed of dissolution of the USSR.

Elchibey was jailed by the Soviet intelligence in 1975 on charges of anti-Soviet propaganda.

After spending around 18 months in a labor camp, he was released from the prison, and then he started working as a research assistant at the Azerbaijan Academy of Sciences Institute of Manuscripts since he was not allowed to teach.

In 1988, the anti-Soviet Union civil movement started in Azerbaijan, with Elchibey among the leaders of the movement. A year later, he was elected as a chairman of Azerbaijani Popular Front (AHC) party.

Elchibey, who participated as AHC party candidate in the presidential elections held on June 7, 1992, just several months after the collapse of the Soviet Union, secured 60.9% of the votes.

He was the country’s second president after a pro-communist Ayaz Mutalibov, who after armed clashes on the streets of Baku fled the presidential palace in 1992 and departed for Moscow.

Elchibey made his first visit abroad to Turkey on June 24-27, 1992, prioritizing his country’s relations with Turkey.

His election came at a time when Azerbaijan was fighting a war with Armenia in the Upper Karabakh region, when a large-scale conflict broke out between the two republics.

Upper Karabakh, or Nagorno-Karabakh, is an internationally recognized territory of Azerbaijan that has been illegally occupied since 1991 by Armenian military aggression.

In June 1993, after Col. Surat Huseynov’s rebellion in Ganja city in western Azerbaijan – country’s second-largest city – Elchibey was forced to leave the office and then he went to the village of Keleki, where he was born.

After Elchibey was ousted from power by the parliament, following a military mutiny, then First Secretary of the Central Committee of the Communist Party of Azerbaijan Heydar Aliyev resumed the post of the president.

On October 3, 1993 as a result of nationwide voting, Heydar Aliyev was elected the head of the Republic.

In 1997, Elchibey returned to the capital city of Baku and continued his activities as the leader of the AHC political party.

He died on Aug. 22, 2000, at the age of 62 at Gulhane Military Medical Academy Hospital in the Turkish capital Ankara, where he was receiving medical treatment from advanced prostate cancer.

His body was flown to Azerbaijan’s capital and given the state funeral with special attendance by then-President Aliyev.

He was buried in Baku’s Fakhri Khiyaban — the Avenue of the Honored Ones — along with Azerbaijan’s most beloved and respected statesmen, musicians, writers, and academicians.