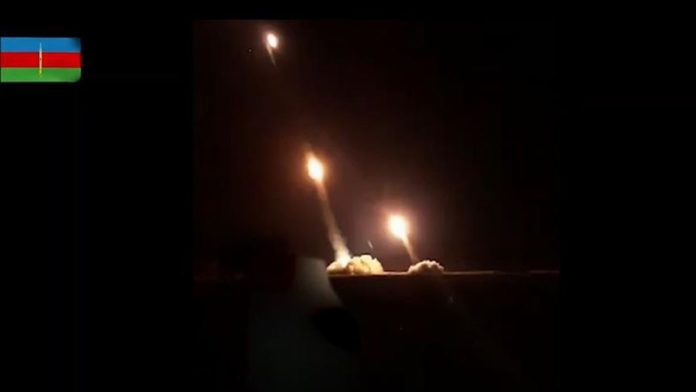 Azerbaijani advances continue in Upper Karabakh, or Nagorno-Karabakh, a territory illegally occupied by Armenia since 1991.

Overnight combat operations in the Aghdara, Fuzuli-Jabrail and Gubadli sections of the front continued with varying intensity, while Armenian forces fired at Azerbaijani defensive positions using small arms, mortars, and howitzers, according to the country’s Defense Ministry.

Units of the 18th motorized rifle division of the Armenian Armed Forces in the Jabrayil and Gubadli sections of the front were forced to retreat, having suffered manpower and vehicle losses in Azerbaijani operations, said the statement.

Armenian forces were seized in the defensive line of the 5th mountain rifle regiment, while “a large number” of weapons and ammunition was confiscated, said the ministry.

Noting casualties among Armenian units in the 6th and 7th mountain rifle regiments, the ministry said that Vahan Sargsyan, deputy commander of the regiment, was among those neutralized.

Three artillery pieces, several mortars, and three vehicles with military personnel were destroyed or disabled in the fighting, it added.

Troops of the Azerbaijan Armed Forces control the operational situation along the entire front, it said.

In a separate statement, the ministry also said that starting this morning, Armenian forces were shelling the western city of Tartar and regional territory using artillery installations.