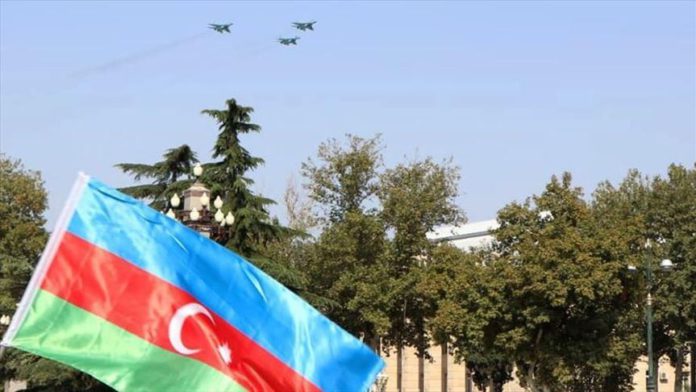 Azerbaijan needs to take care of its bleeding wound, a country’s soil is under occupation and the world, describing itself as ‘modern and fair’ is only watching, a Turkish expert said.

Speaking to Anadolu Agency, Ibrahim Ethem Atnur, a senior expert on Caucasian studies at the Turkish National Defense University, that Azerbaijan could now use Turkey’s full support to shift the balance with Armenia and heal the decades-old “bleeding wound” that is Karabakh’s occupation.

He noted that this had not been possible when the conflict broke out because “Turkey was weaker in the 1990s, it could not provide Azerbaijan with solid support.”

Atnur underlined that the OSCE Minsk Group, co-chaired by Russia, the US and France, proved ineffective and unwilling to find a solution to the problem.

Russia had recently supplied Armenia with modern heavy armaments, though Baku warned Yerevan not to be encouraged by these shipments, Aygun Attar, who heads the Association for Turkish Azerbaijani Friendship, Culture, and Solidarity, told Anadolu Agency.

Attar accused foreign countries of supporting Armenia in its “overstepping” behavior, asserting that there was “official proof” that France hosted PKK terrorists and their Armenian collaborators at the state level.

Citing statements by Turkish President Recep Tayyip Erdogan and the country’s Foreign Ministry, she emphasized that the cohesion between the Turkish government and opposition parties meant a lot to Azerbaijanis.

Armenia to blame for threat of war

Attar asserted that Yerevan was ignoring International law and pursuing a “hostile and provocative policy towards Azerbaijan.”

“Nagorno-Karabakh belongs to Azerbaijan. International law urges the termination of the Armenian occupation of Azerbaijani soil,” she said.

Having declared that Armenia would be held accountable for an escalation of the current situation into a war, Azerbaijan reserves the right to liberate her soil.”