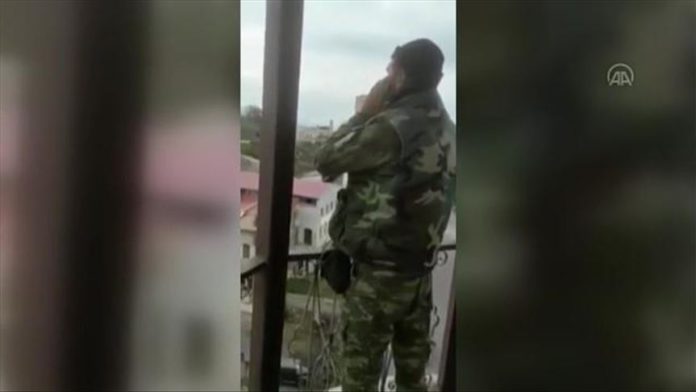 The Muslim call to prayer, known as the adhan, was heard Wednesday in Nagorno-Karabakh’s symbolic city of Shusha for the first time in nearly three decades.

Azerbaijani President Ilham Aliyev announced on Nov. 8 that Shusha had been liberated from Armenian occupation.

“After 28 years, the adhan [call to prayer] will be heard in Shusha,” Aliyev, wearing a military uniform, said in an address to the nation.

Turkey welcomed the truce, which resulted from Baku’s military successes against Yerevan.