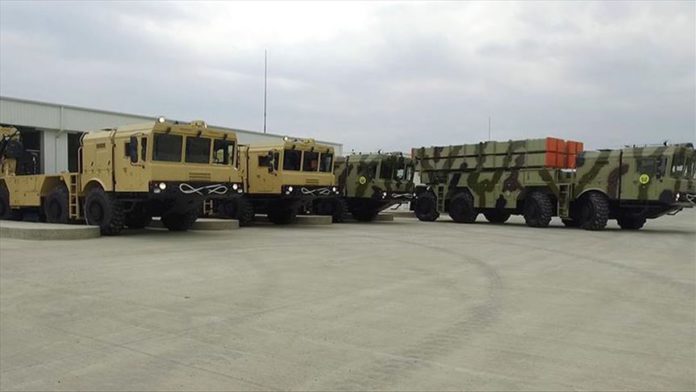 Azerbaijan has marked the Armed Forces Day on Friday, celebrating the establishment of the national army 102 years ago.

After the foundation of the Azerbaijani Democratic Republic (ADR) on May 28, 1918, the country started creation of the national army to protect the interests of the young state.

Regarded as the first democratic republic of the East, Azerbaijan made reforms in many fields including armed forces, freedom of education, religion and conscience. In the Declaration of Independence, the country granted equal rights to all citizens, regardless of race, religion, sect or gender.

Although the ADR was toppled almost two years after the establishment by the Soviet Union, the newly founded state managed to form the national army on June 26, 1918 right after the proclamation of independence.

When Azerbaijan became part of the Soviet Union in 1920, its armed forces joined the Soviet forces.

After the country restored its independence following the dissolution of the USSR in 1991, the Supreme Council of Azerbaijan adopted a decision on the establishment of Azerbaijani army on Oct. 9, 1991.

On May 22, 1998, in accordance with then Azerbaijani President Heydar Aliyev’s decree, June 26 was declared the Armed Forces Day, a non-working day.

President Ilham Aliyev marked the day on Facebook: “The power of our army lies in the Azerbaijani people’s confidence and support in it. Each Azerbaijani soldier is a source of pride for our nation.”

First Lady Mehriban Aliyeva, who is also the first vice president of Azerbaijan, congratulated Azerbaijani people on this occasion.

“I congratulate all the military servants and veterans of our country! I wish good health to everyone, as well as peace and tranquility to the Motherland,” Aliyeva said on her official Instagram account.

After the 1917 Russian Revolution, Azerbaijani Lt. Gen. Aliaga Shikhlinski, a senior and experienced commander having served in the Russian army, was appointed as the commander of “Muslim corps” established by the Transcaucasian Commissariat on Dec. 11, 1917.

Along with a special place garnered in the military history of Azerbaijan, Muslim corps laid the foundation of an independent and organized national army.

In late 1917 and early 1918, the headquarters of the corps were based in Tbilisi, current Georgia, and were then relocated in Ganja, currently the second largest city in western Azerbaijan.

After the ADR was established, Azerbaijan’s first national military units were organized and formed under the leadership of Shikhlinski, who earlier founded military education institutions that trained national military personnel in the country.

A big number of Azerbaijani officers, who were earlier recruited for the Muslim corps, formed the basis of Azerbaijan’s national military units.

When the country proclaimed its independence, some parts of Azerbaijani territory were then under the control of non-national forces.

In March-April 1918, massacres were committed in the city of Baku — Azerbaijan’s present-day capital — and its environs by the Armenian Dashnak-Bolshevik armed groups operating under the mandate of the Baku Council, or Baku Soviet, and tens of thousands of civilians were killed only for their ethnic and religious affiliations.

Stepan Shaumian, an ethnic Armenian appointed as the commissar extraordinary for the Caucasus by Vladimir Lenin, head of the Russian Bolsheviks, admitted that 6,000 armed soldiers of the Baku Soviet and 4,000 from the Dashnaksutyun, or the Armenian Revolutionary Federation party, participated in the massacres against the Azerbaijani people.

The Azerbaijani Democratic Republic inked the Treaty of Batumi with then Ottoman Empire on June 4, 1918. Under the deal, the Ottoman Empire recognized the independence of Azerbaijan, which could in turn apply to the Empire for military help in case of any threat.

Due to the extremist Dashnak forces’ unreasonable claims on the territorial integrity of Azerbaijan, the government asked the Ottoman Empire for the military aid.

On Sept. 15, 1918, an elite Ottoman force, dubbed the Caucasian Islamic Army, under the leadership of Nuri Pasha (Killigil), was sent by then Minister of War Enver Pasha to what is today Azerbaijan in the closing months of the World War I in response to a plea from the region’s people.

The Caucasian Islamic Army, consisting of the Ottoman military units that came to Azerbaijan, and the Muslim corps, which were later renamed Azerbaijani corps, with Shikhlinski as the commander of corps, cleared the Azerbaijani territories of non-national forces, and liberated Baku.

Together with local Azerbaijani people, many Ottoman soldiers sacrificed their lives to help a brotherly nation.

Following the liberation of Baku — which set the basis for Azerbaijan’s contemporary boundaries — the country moved its capital from Ganja to Baku.

After the Ottoman army left Azerbaijan at the end of 1918, Artillery General Samad Mehmandarov was appointed the war minister and Shikhlinski the deputy war minister. Shikhlinski honorably served in this post until the fall of Azerbaijan Democratic Republic on April 28, 1920.

The restoration of Azerbaijani Armed Forces after over a 100-year hiatus was undoubtedly a historic result of joint self-sacrificing service by Mehmandarov and Shikhlinski.