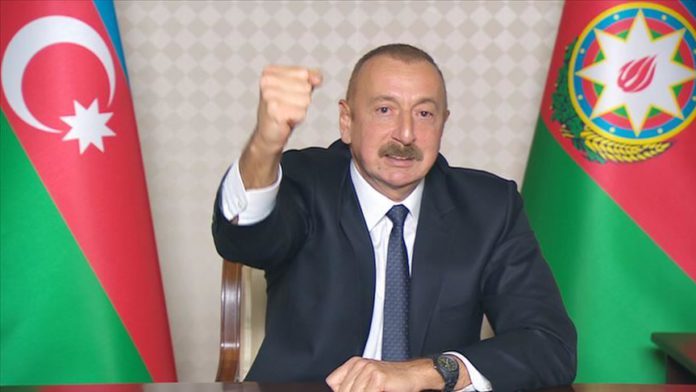 Azerbaijani army liberated the city of Zangilan and six villages of the province, as well as another 18 villages of Fuzuli, Jabrayil, and Khojavend provinces, country’s leader announced on Tuesday.

President Ilham Aliyev in his address to the nation named the residential settlements liberated from the Armenian occupation after almost 30 years.

Aliyev said Havali, Zarnali, Mammadbayli, Hakari, Sharifan, and the Mughanli villages of Zangilan, as well as the city of Zangilan have been freed from the occupying forces.

“I give a new Azerbaijani name to this village. Hereinafter, Vang village should be renamed to Chinarli village. Blessed be the name,” he said.

Aliyev has previously announced the liberation from Armenian occupation of the cities of Jabrayil and Fuzuli, and the Hadrut settlement, as well as more than 50 villages.