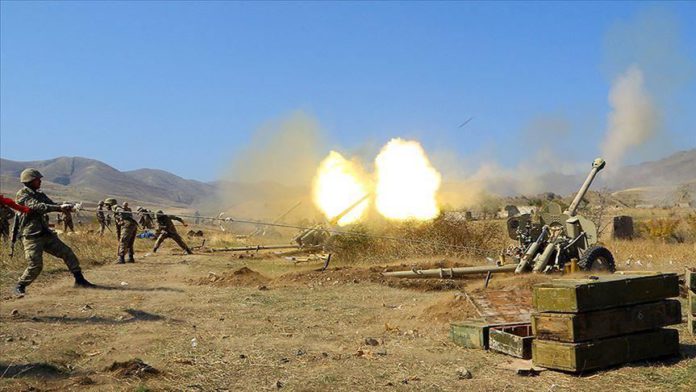 Azerbaijan’s president on Monday announced that his country’s troops liberated 23 more villages from the Armenian occupation.

Azerbaijani army have liberated five cities, three towns and nearly 240 villages as well as some strategic hills from Armenian forces’ occupation since it launched operation in Nagorno-Karabakh region on Sept. 27.

About 20% of Azerbaijan’s territory – including Upper Karabakh and seven adjacent regions – has been under Armenian occupation for nearly three decades.

Multiple UN resolutions also call for the unconditional withdrawal of the invading forces.

Number of COVID-19 vaccine jabs given in Turkey nears 73.82M