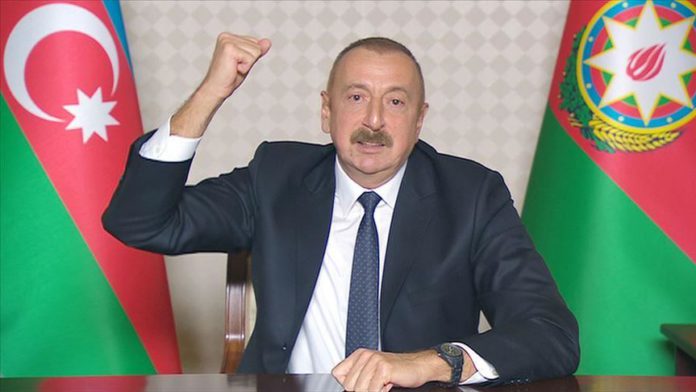 The Azerbaijani army has liberated 20 more villages and a settlement from Armenian occupation, Azerbaijan’s president announced on Thursday.

“The state border between Azerbaijan and Iran has been completely secured through liberation of the Agbend settlement,” he added.