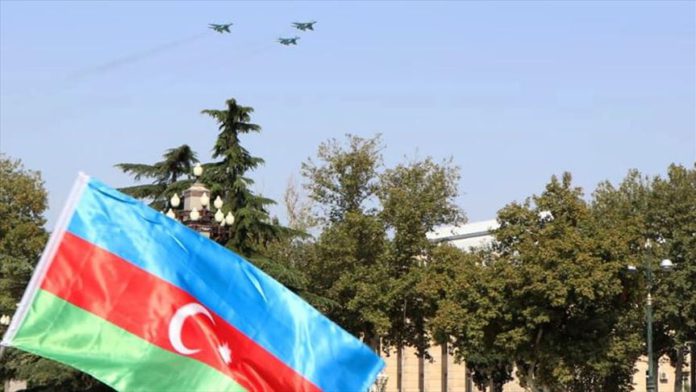 Azerbaijan issued a final warning Monday to Armenia, which is continuing to attack civilian settlements.

The Defense Ministry said in a statement that the Azerbaijani city of Terter has been under fire from Armenian forces since this morning.

“The Ministry of Defense gives the last warning to Armenia that adequate retaliatory measures will be taken against them if needed,” it said.

The ministry also shared aerial footage of the destruction of Armenian tanks and armored vehicles during the clashes.

Four UN Security Council and two UN General Assembly resolutions as well as many international organizations demand the withdrawal of the occupying forces.
The OSCE Minsk Group – co-chaired by France, Russia and the US – was formed in 1992 to find a peaceful solution to the conflict, but to no avail. A cease-fire, however, was agreed upon in 1994.
France, Russia and NATO, among others, have urged an immediate halt to clashes in the occupied region.

'Those trying to intimidate Azerbaijan will regret it'