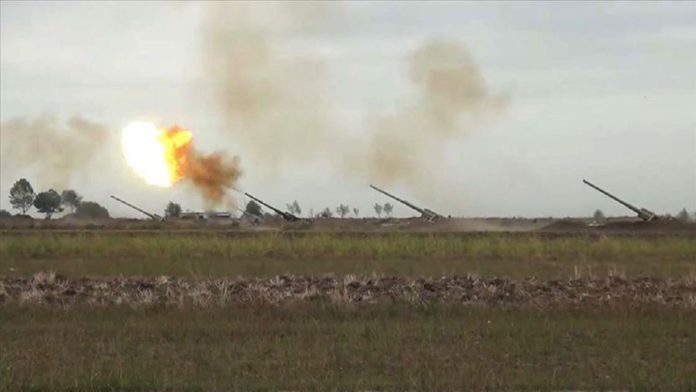 Azerbaijan announced Friday that it had repulsed night attacks by Armenia from various directions on the front.

In a statement, the Azerbaijani Ministry of Defense said the clashes took place mostly in the vicinity of Aghdara, Khojavand and Gubadli.

“The front is under Azerbeijaini army’s control,” it added.

In total, about 20% of Azerbaijan’s territory — including Nagorno-Karabakh and seven adjacent regions — has remained under illegal Armenian occupation for nearly three decades.

Four UN Security Council resolutions and two from the UN General Assembly, as well as international organizations demand the “immediate complete and unconditional withdrawal of the occupying forces” from the occupied areas of Azerbaijan.

The Parliamentary Assembly of the Council of Europe (PACE) also refers to the territory as being under the occupation of the Armenian forces.

“Considerable parts of the territory of Azerbaijan are still occupied by Armenian forces, and separatist forces are still in control of the Nagorno-Karabakh region,” according to the PACE Resolution 1416, which was adopted on Jan. 25, 2005.

World powers, including Russia, France, and the US have called to halt tensions in the region. Turkey, meanwhile, has supported Baku’s right to self-defense and demanded the withdrawal of Armenia’s occupying forces.

‘Perpetrators of Khojaly genocide should be punished’