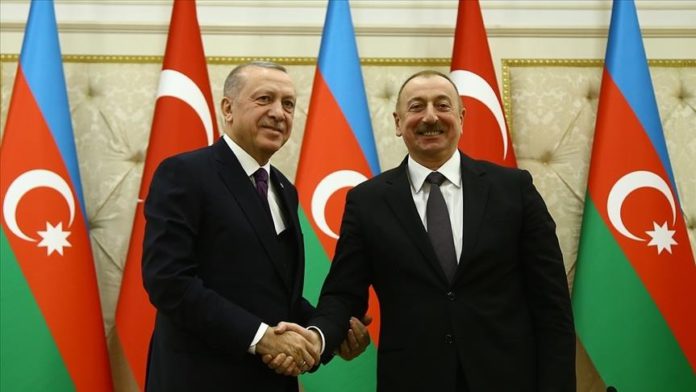 Azerbaijan’s president on Thursday congratulated his Turkish counterpart and the nation on the 5th anniversary of the defeated coup attempt on July 15, 2016 by the Fetullah Terrorist Organization (FETO).

Paying tribute to martyrs who gave their lives to prevent the nefarious objectives, Ilham Aliyev commended Turkish President Recep Tayyip Erdogan’s leadership in the defeat of the coup attempt in a letter, according to a statement by the Azerbaijan presidency.

“This betrayal against the Turkish state was prevented only thanks to your great self-sacrifice and the close unity of your brotherly people around you. This great victory, a celebration of national unity and solidarity, resolute leadership and strong resolve will forever remain in the memory of the Turkish people,” Aliyev stated.

Praising Turkey’s achievements in political, economic, military, and other areas in recent years, he noted that the country grew even stronger in the post-July 15 era.

Referring to the excellent and brotherly bilateral relations, he reiterated that the two countries will continue to work together to strengthen and promote Azerbaijani-Turkish unity and brotherhood in accordance with the “one nation, two states” slogan.

During the phone call, the two leaders also discussed various aspects of bilateral cooperation, according to a separate statement issued by Azerbaijani Presidency.

FETO and its US-based leader FetullahGulen orchestrated the defeated coup of July 15, 2016, in which 251 people were killed and 2,734 injured.