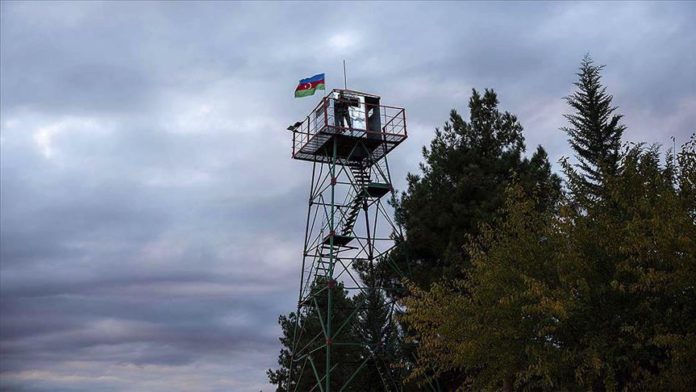 Azerbaijan on Sunday gave Armenia 10 more days to evacuate Kalbajar district, which borders Nagorno-Karabakh, due to climatic and natural conditions, an official said.

In a press conference, Hikmet Hajiyev, the foreign policy aide to the Azerbaijani president, said through Russia, Yerevan asked for more time to leave the district occupied in 1993.

“By displaying humanity,” Azerbaijan accepted the request to leave the region, which was under occupation for 27 years, he said.

Due to extreme weather conditions, the only road in that direction, Zod-Varnenis, is narrow, he said, adding that taking these conditions into consideration, Azerbaijan gave Armenia more time to evacuate its civilians.

About 60,000 Azerbaijanis living in the region, when it was occupied, were forced to abandon their homes who then moved to various regions of Azerbaijan.

Yerevan also brought Armenians to Kalbajar — where no Armenians had been living before — and settled them illegally.

Turkey welcomed the truce, which is a result of Baku’s military successes and has given it an upper hand over Yerevan to resolve the three-decade-long dispute.