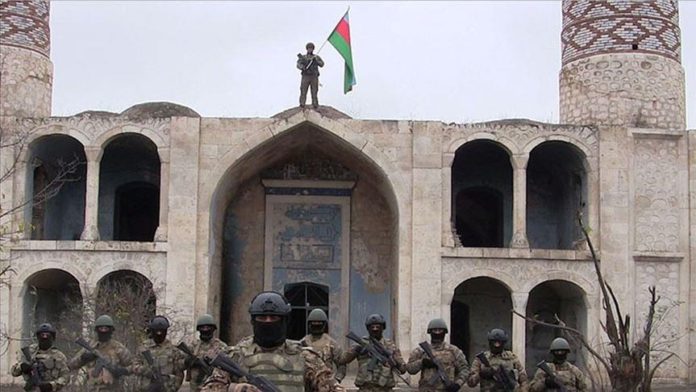 A so-called resolution in the French Senate urging the recognition of Nagorno-Karabakh as an independent country is “biased” and “provocative,” Azerbaijan has said.

“First of all, we would like to note that the proposal for a resolution on ‘The need to recognize the Nagorno-Karabakh Republic’ adopted by the French Senate was put forward by a group of overtly pro-Armenian senators,” Azerbaijan’s Foreign Ministry said in a statement late Wednesday.

The ministry said French Armenians used the Nagorno-Karabakh conflict for election purposes, adding: “The adoption of a completely biased resolution by the Senate can only be considered as a provocation.”

Although the resolution adopted by the Senate is not legally binding, the ministry said, it “casts doubt on the neutrality” of the country with a mediating role.

“It also undermines France’s reputation as a fair mediator in the Azerbaijani society,” it added.

“Instead of adopting biased resolutions, engagement of the French Senate in activities that serve peace, stability and progress in the region would respond to the interests of France and lead to the sustainable development of the region,” the ministry urged.

Earlier on Wednesday, the French Senate adopted the resolution that calls for the recognition of the so-called Nagorno-Karabakh republic.