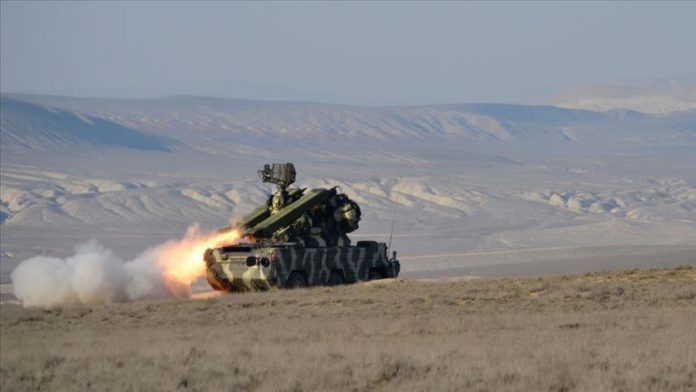 Azerbaijan on Sunday shot down another Armenian Su-25 fighter jet, according to the country’s Defense Ministry – the second Su-25 to be downed in as many days.

In a statement, the ministry said the Su-25 attack aircraft was trying to launch airstrikes on Azerbaijani positions in the Jabrayil region when it was shot down, like its predecessor on Saturday.

The cease-fire – the second since hostilities around Upper Karabakh (Nagorno-Karabakh) began on Sept. 27 – only went into effect at 12 midnight Saturday (2000GMT),

The second cease-fire was reached between Baku and Yerevan after the previous Oct. 10 humanitarian cease-fire – meant to allow an exchange of prisoners and the recovery of dead bodies – was breached hours later by Armenian missile attacks on Azerbaijan’s city of Ganja, killing 10 people and injuring 35.