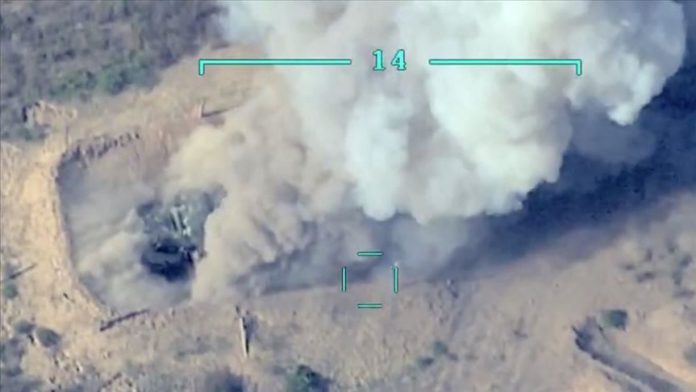 In a statement, the ministry said the mortar firing points in the occupied village of Goyark in the Tartar city were destroyed by “the precise strike of our units.”

The minstry also shared the footage of the strike.