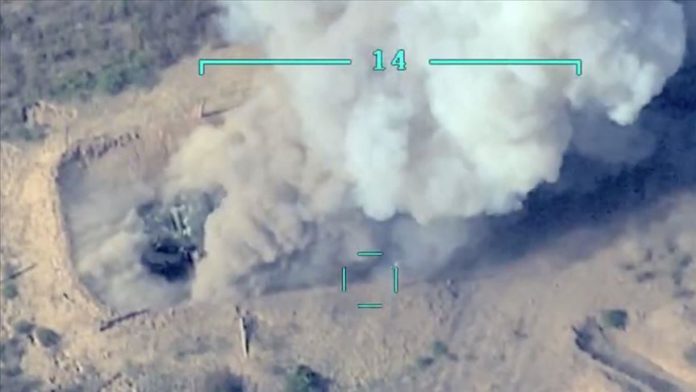 Azerbaijan’s army on Sunday destroyed a military convoy belonging to the Armenian army in an operation it started to save its territories from occupation.

The Azerbaijani Defense Ministry said the movement of the Armenian army convoy in the direction of Khojavend was detected around 5 p.m. local time (1300GMT) on Oct. 31.

The Armenian army convoy was hit both with airstrikes and cannon balls and some of the vehicles were destroyed, while the Armenian military personnel neutralized, the ministry added.

A video footage of the attack was also shared with the public.

Four UN Security Council resolutions and two from the UN General Assembly, as well as international organizations, demand the “immediate complete and unconditional withdrawal of the occupying forces” from the occupied Azerbaijani territory.