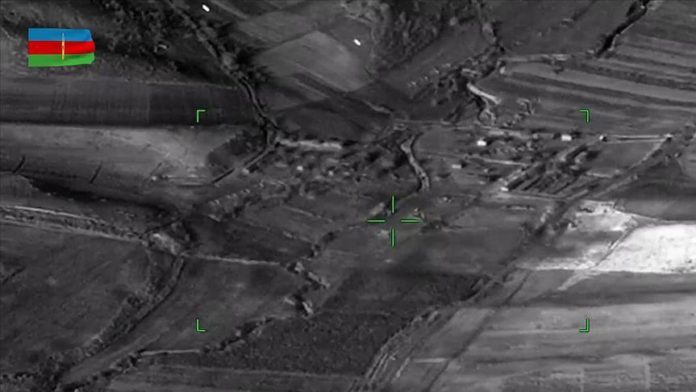 Azerbaijan’s army on Tuesday destroyed two ammunition depots belonging to the Armenian army in an operation launched to protect its territories.

A video footage of the operation was also shared with the public.